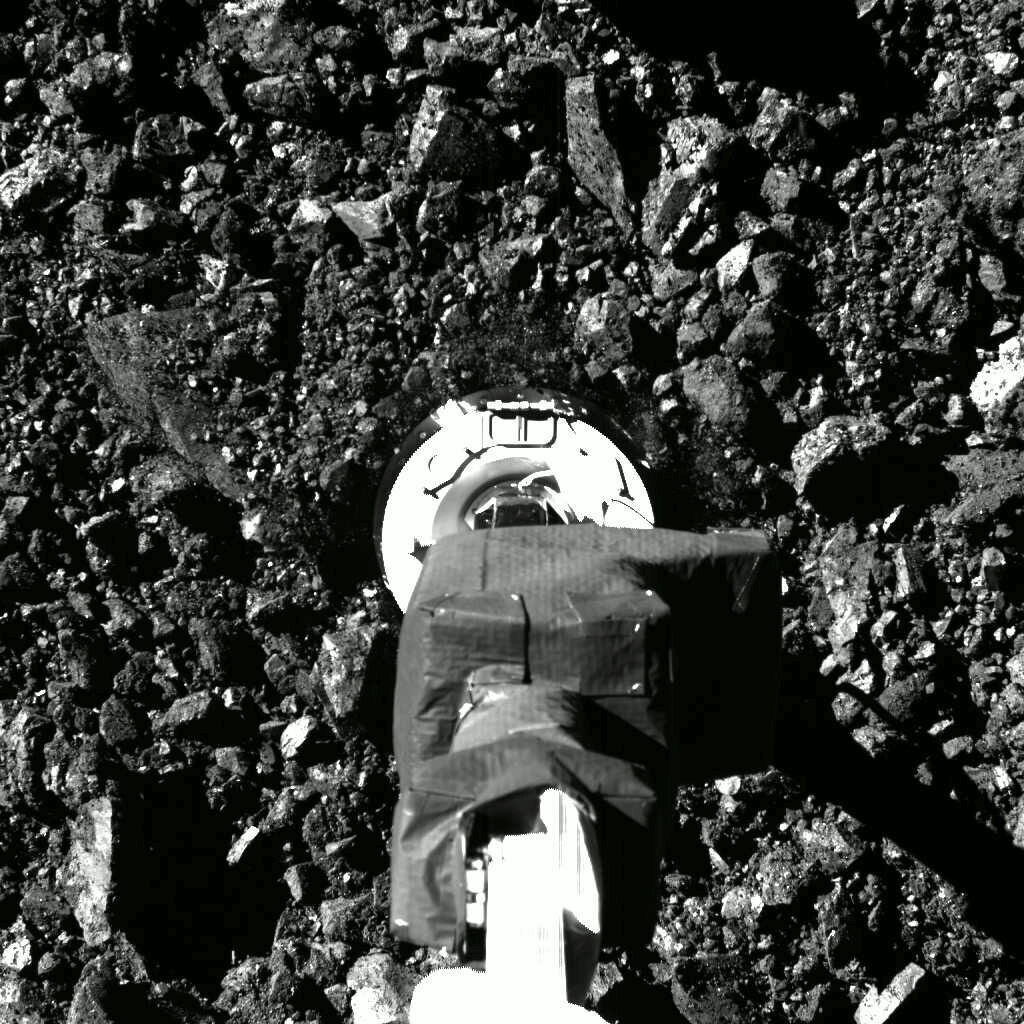 Captured on Oct. 20 during the OSIRIS-REx mission’s Touch-And-Go (TAG) sample collection event. The sampling event brought the spacecraft all the way down to sample site Nightingale. 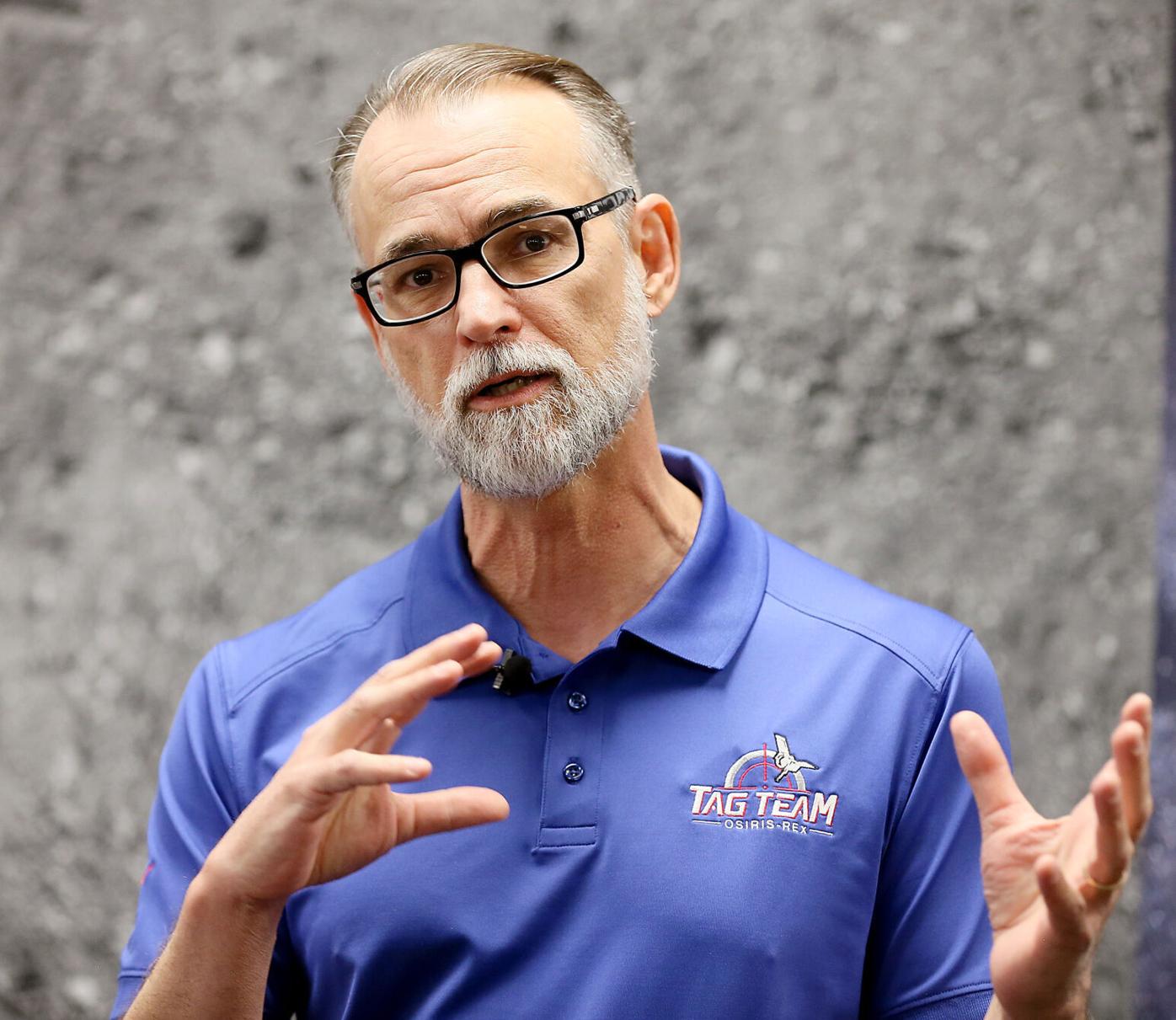 Dante Lauretta, principal investigator for NASA's OSIRIS-REx mission, at a news  conference on May 10, 2021. 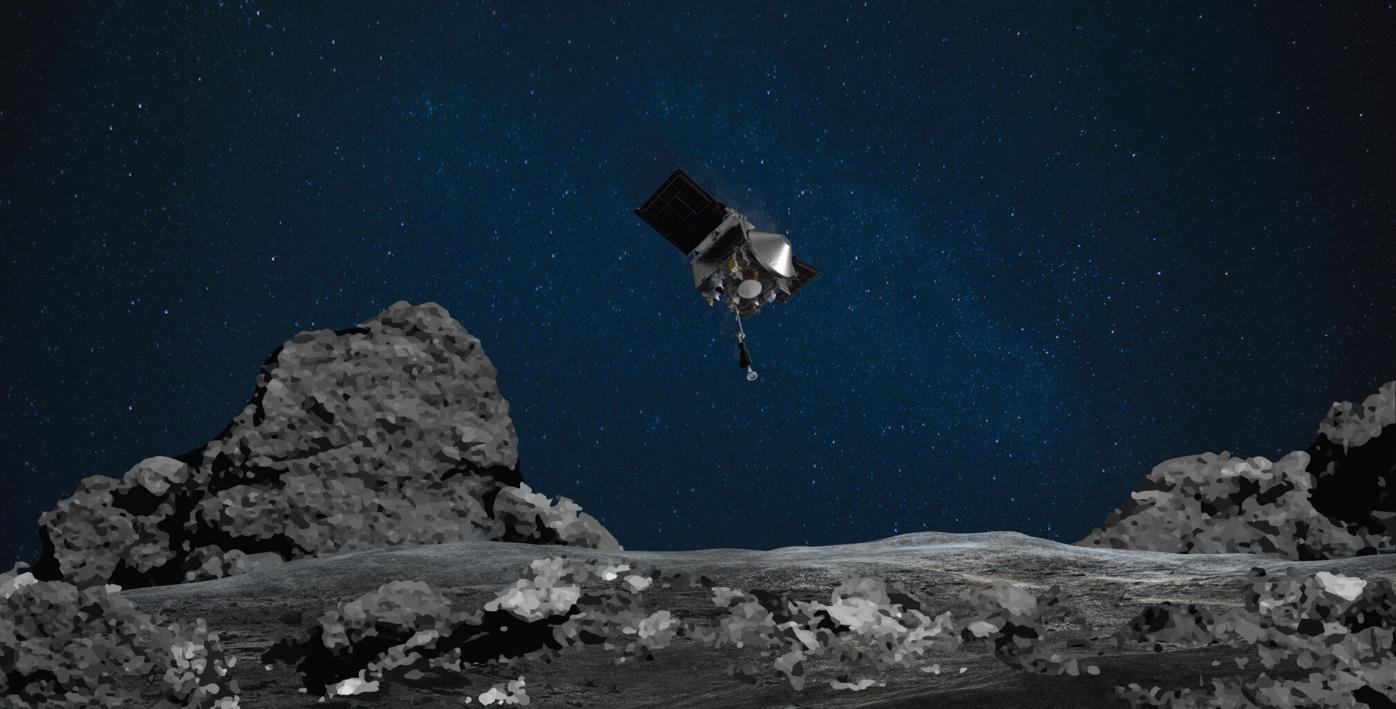 This artist's rendering shows OSIRIS-REx spacecraft descending toward asteroid Bennu to collect a sample of the asteroid’s surface. 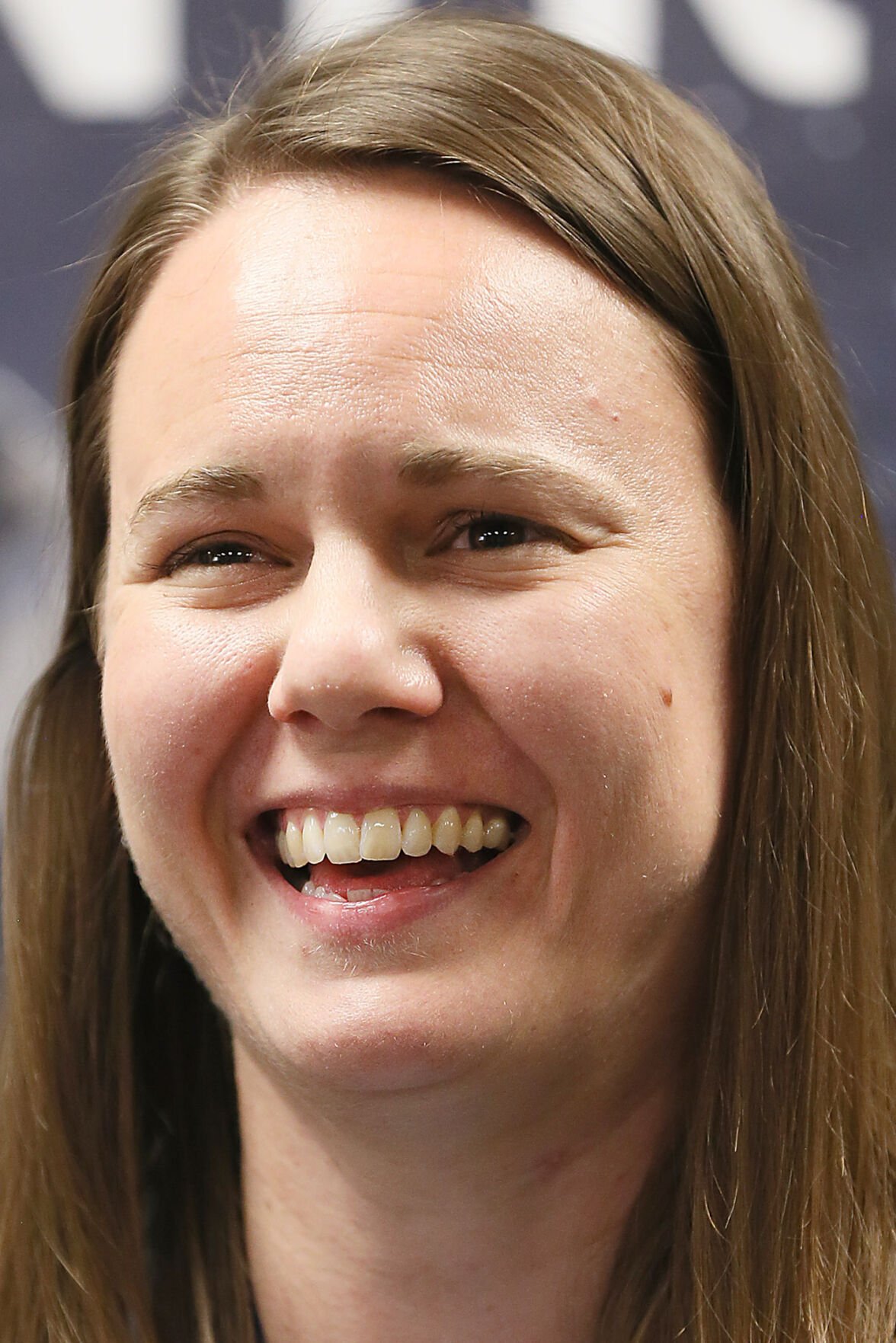 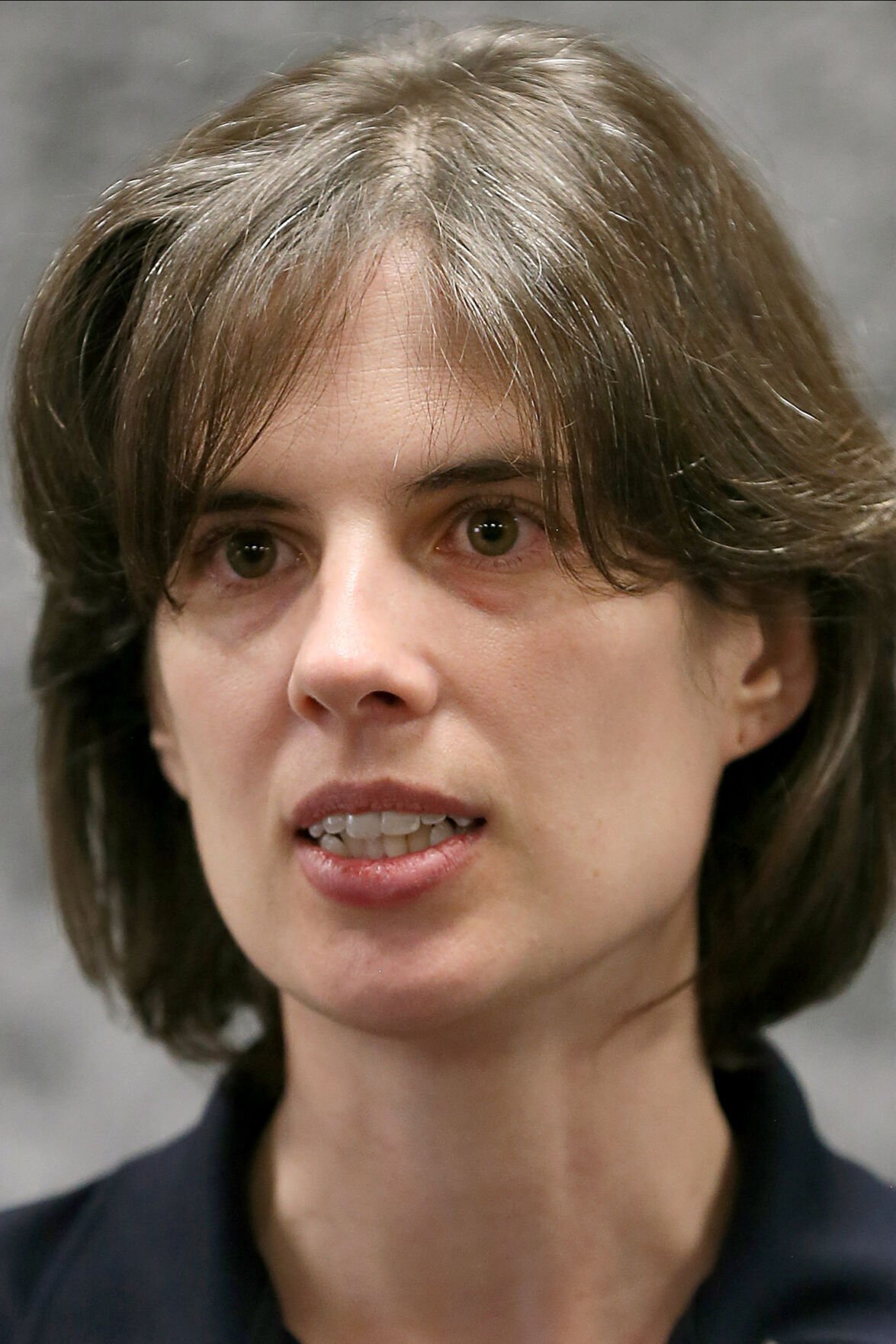 Captured on Oct. 20 during the OSIRIS-REx mission’s Touch-And-Go (TAG) sample collection event. The sampling event brought the spacecraft all the way down to sample site Nightingale.

Dante Lauretta, principal investigator for NASA's OSIRIS-REx mission, at a news  conference on May 10, 2021.

This artist's rendering shows OSIRIS-REx spacecraft descending toward asteroid Bennu to collect a sample of the asteroid’s surface.

After an extended stay at the asteroid Bennu, OSIRIS-REx is headed home.

The asteroid-sampling spacecraft with Tucson roots began its 2½-year journey back to Earth early Monday afternoon with a seven-minute burst from its main engine.

The SUV-sized probe is now moving away from Bennu at about 600 mph, never to return.

“It’s actually a little more emotional than I expected it to be,” said University of Arizona professor Dante Lauretta, who is the principal investigator for the mission. “It’s an amazing sense of pride and accomplishment.”

OSIRIS-REx will slingshot around the sun twice and cover about 1.4 billion miles during its return trip. Officials from the UA-led mission compared it to a quarterback throwing a long pass to where his receiver will be in the future, not where he is now.

The spacecraft is scheduled to rendezvous with Earth on Sept. 24, 2023. As it nears the planet, it will launch a sample-return capsule roughly the size of a pizza box down through the atmosphere to a landing site at the Utah Test and Training Range, west of Salt Lake City.

The capsule is filled with the largest sample collected by NASA since the Apollo missions to the moon — at least 60 grams of pristine asteroid debris older than the Earth itself and left over from the formation of the solar system some 4.5 billion years ago.

“We’re estimating anywhere between about a half a pound and a pound of material is in that capsule coming home,” Lauretta said. “We could study these rocks for the rest of my career and for the rest of my students’ careers and not even fully scratch the surface on all the mysteries that are probably locked inside them. This is decades worth of material for the scientific community to analyze.”

NASA broadcast Monday’s departure from Bennu live online, and members of the UA team held a news conference afterward at the university’s Drake Building to discuss the historic project.

OSIRIS-REx marks NASA’s first visit to a near-Earth asteroid to collect samples. Bennu is the smallest celestial object ever orbited by a human-built spacecraft.

The unmanned probe was launched in September 2016 and arrived at Bennu in December 2018.

On Oct. 20, 2020, the spacecraft swooped in to touch the asteroid’s surface for about six seconds — just long enough to scoop up a cloud of pebbles and dust to bring back to Earth.

The UA is destined to receive 25% of the samples collected, so the university is in the midst of building a world-class facility to study the material.

“We have two and a half years to get ready, and we really need that time,” said Jessica Barnes, an assistant professor of planetary sciences who will be part of the team that will analyze the bits of Bennu OSIRIS-REx is bringing back to Earth. “There’s a lot of planning involved. We don’t just sit and twiddle our thumbs. We’re actively getting ready so we can hit the ground running as soon as that sample comes back.”

As Lauretta put it: “Now we’re transitioning to the ground game.”

He said the arrival of the samples in 2023 will be a “dynamic event.” The capsule will hit the atmosphere at about 28,000 mph and leave a streak of light across the night sky over California and Nevada, before it pops its parachutes as it approaches the landing site in Utah. Scientists already know, down to the hour, when all that should happen: sometime between 5 a.m. and 6 a.m. Tucson time on Sept. 24, 2023.

Lauretta said his part of the recovery operation should be “pretty cool.” He will get to jump on a helicopter and fly out to retrieve the capsule, then escort it to NASA’s Johnson Space Flight Center in Houston on board a military jet.

If something goes wrong with OSIRIS-REx, and its asteroid samples are lost somehow, scientists could get one last chance to see Bennu at extremely close range a little over 150 years from now — though it’s not something anyone is looking forward to.

“It might impact the Earth on Sept. 24, 2187, if you want to put it on your calendar,” Lauretta said of Bennu. “It’s what we call a potentially hazardous asteroid.”