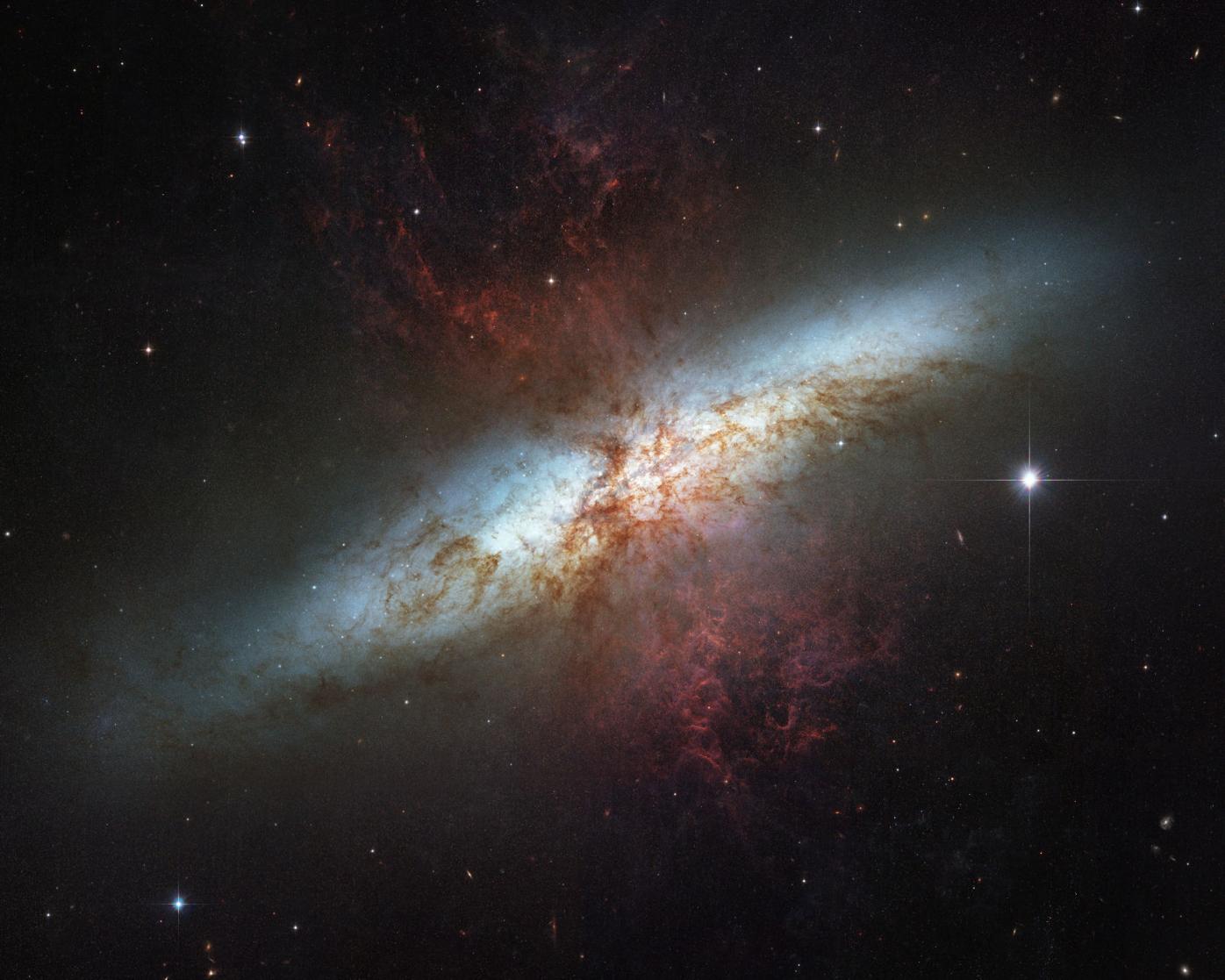 An image captured by the Hubble Space Telescope shows the Starburst Galaxy M82, one of 10 galaxies researcher Carlos Vargas plans to study using a small, NASA-funded space telescope set to be built at the University of Arizona. 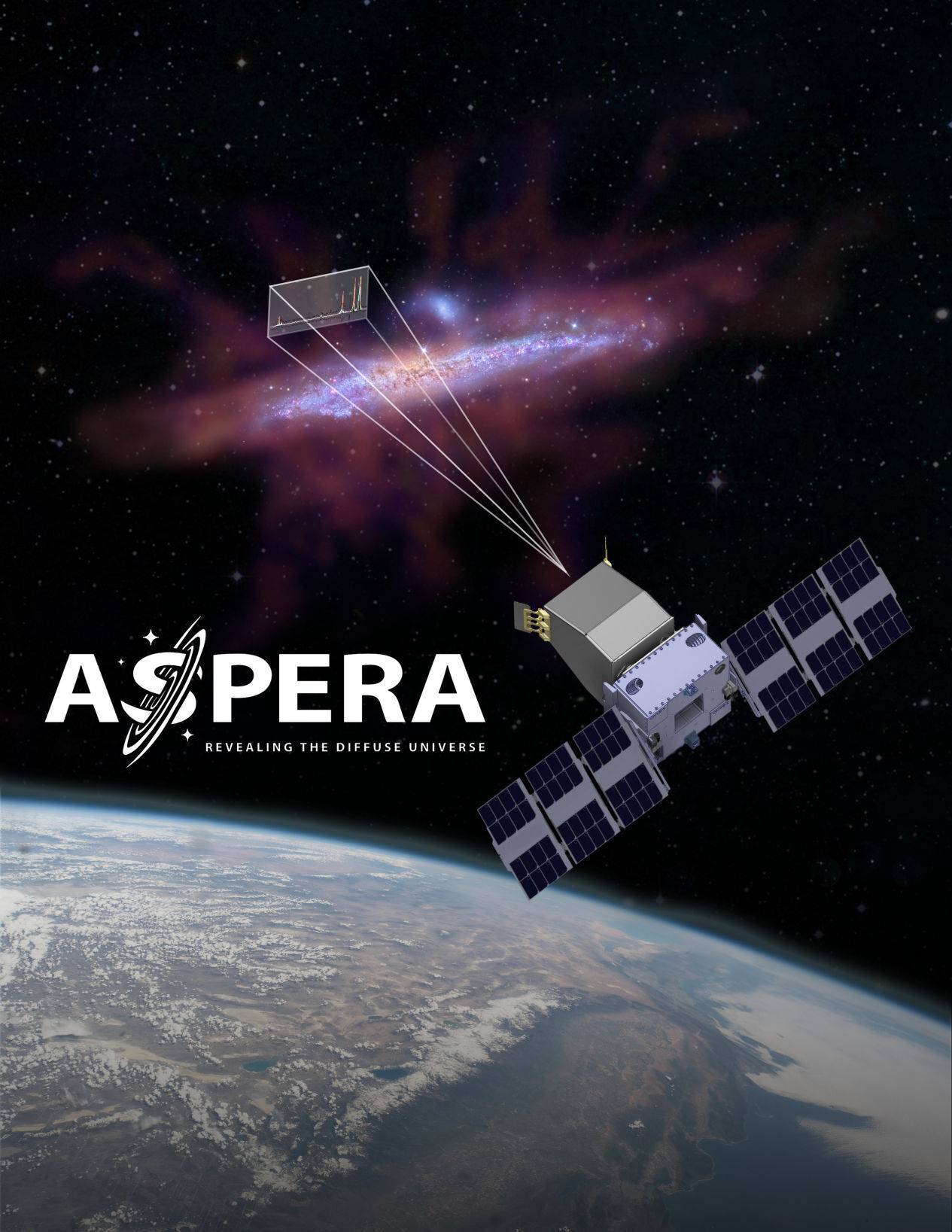 The University of Arizona-led Aspera mission will launch an ultraviolet telescope smaller than a mini fridge into low-Earth orbit to catalog the faint gas clouds around and between galaxies. 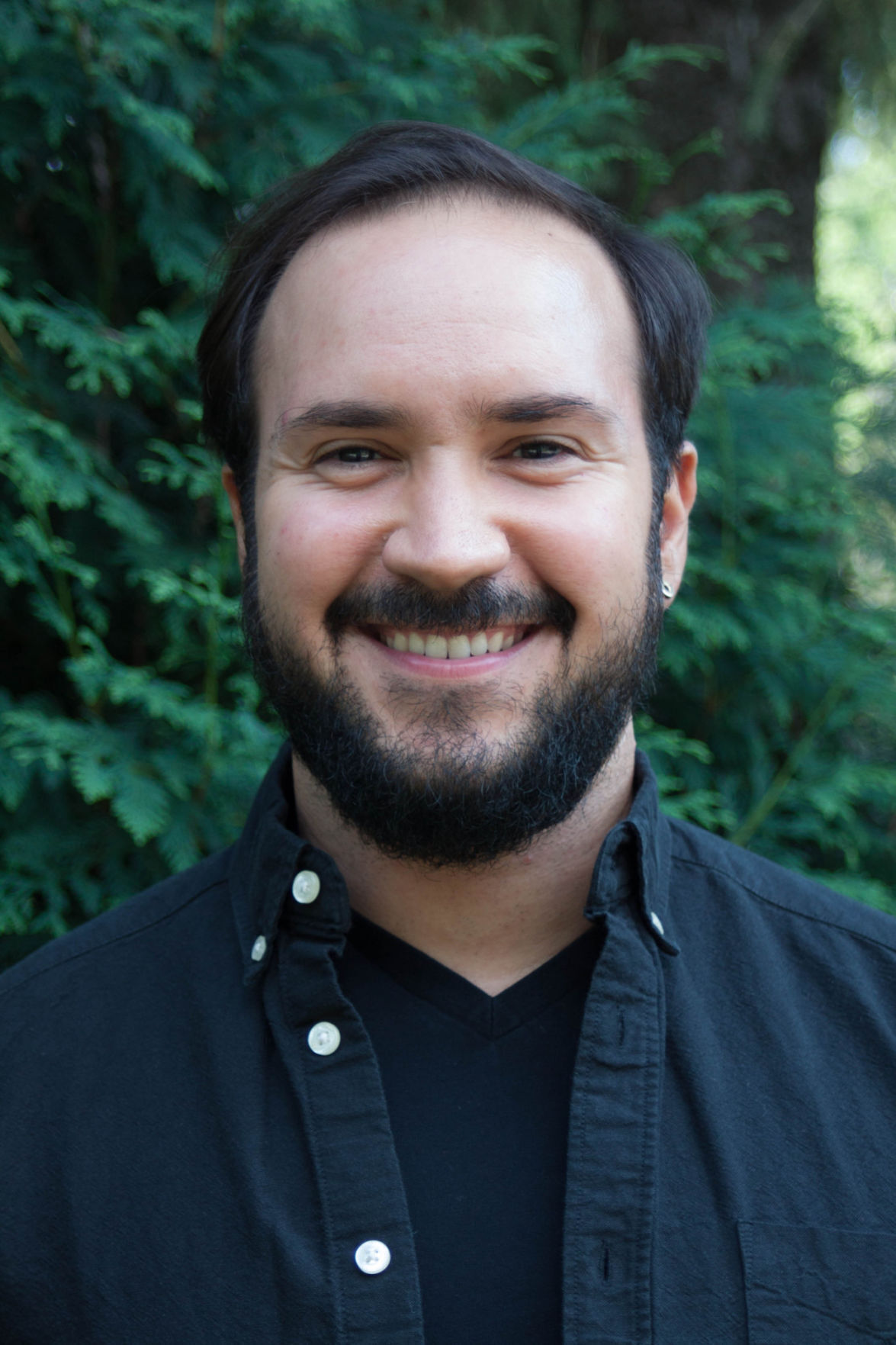 An image captured by the Hubble Space Telescope shows the Starburst Galaxy M82, one of 10 galaxies researcher Carlos Vargas plans to study using a small, NASA-funded space telescope set to be built at the University of Arizona.

The University of Arizona-led Aspera mission will launch an ultraviolet telescope smaller than a mini fridge into low-Earth orbit to catalog the faint gas clouds around and between galaxies.

While others train their telescopes on stars and galaxies, astronomer Carlos Vargas cannot stop searching for the stuff in between.

The University of Arizona researcher studies the invisible “oceans of gas” that surround galaxies and make up one of the universe’s largest and least understood reservoirs of matter.

Now with the help of a $20 million grant from NASA, Vargas and his team plan to build and launch a small space telescope to observe these low-density gas clouds, which have fascinated and frustrated astrophysicists for decades.

The mission is called Aspera, and it will use a special ultraviolet sensor to scan the “gaseous halos” of 10 sample galaxies across a distance of up to 50 million light-years.

The orbital telescope will see in what Vargas called the “extreme UV,” picking up light that’s invisible to the naked eye with frequencies approaching that of X-rays.

Earth’s ozone layer blocks such UV rays, he said, “so you have to go into space” to see the gas clouds that ebb and flow through the intergalactic medium, supplying fuel for the birth of stars.

“We’re looking at the stuff outside the stuff most astronomers look at,” said Vargas, the principal investigator in charge of the mission.

The goal of Aspera is to determine “how much of this stuff actually exists” and what it can tell us about how galaxies evolve over time, Vargas said.

The faint clouds are thought to contain more matter than all the stars in the galaxies they surround, but researchers have not been able to directly observe them before, mostly for technological reasons.

Hence the name of the mission. Aspera is Latin for hardship or difficulty, he said, a reference in this case to the “problem of mapping this stuff” and the past efforts of other researchers to figure it out.

The name is also the beginning of a familiar and fitting Latin phrase — “Per aspera ad astra” — that means, “Through hardships to the stars.”

Vargas said he and his team will spend the next few years finalizing their design and assembling their telescope — all while keeping their costs as low as possible. “It’s going to be built bottom up from the U of A,” he said.

The finished instrument will be smaller than a mini fridge. “You could fit it on your desk,” he said.

Once the satellite is done and approved for flight, the team will need to secure a “ride-share opportunity” to deliver it into low-Earth orbit, hopefully sometime in mid to late 2024, Vargas said.

Aspera was one of four projects selected by NASA as part of its inaugural Astrophysics Pioneers program, a first-of-its-kind initiative to fund small-scale science missions from up-and-coming scientists.

Obviously, “small-scale” means something different in the rocket-science world.

Vargas said he and his team will have to be creative and careful to stay below NASA’s spending cap for the mission.

“Twenty million dollars sounds like a pile of money, but it goes quickly when you try to send stuff into space,” he said.

By way of comparison, more than $800 million has been spent on the UA-led OSIRIS-REx spacecraft, which is slated to return to Earth in 2023 with rock samples it collected in October from the asteroid Bennu.

A total of 24 teams applied to the Pioneers program. Each submitted a detailed proposal, hundreds of pages long, and NASA picked the four most promising projects for further study and development.

“My mom was a huge Trekkie”

Vargas received the news on Jan. 4. “I called everyone I know,” he said. “My head is still spinning from all of this.”

Some researchers wait their entire careers for such an opportunity, often submitting their proposals again and again, with changes and rewrites based on feedback from various review committees.

“These are really difficult to get,” Vargas said of the NASA award. “I’m personally very proud to have been selected on my first try, which is crazy.”

Vargas credits his mother for sparking his interest in astronomy when he was a little kid growing up in central New Jersey.

He said the two of them would watch “Star Trek: The Next Generation” together, and he would dream of traveling through space. “My mom was a huge Trekkie,” he said. “That really planted the seed.”

Vargas studied astrophysics at Rutgers University, then came West to earn his master’s degree and his doctorate in astronomy from New Mexico State University in Las Cruces. He joined the UA as a postdoctoral researcher in 2018.

The 30-year-old is one of the youngest researchers — if not the youngest — ever chosen to lead a NASA mission.

“Dr. Vargas’ leadership on the Aspera mission reflects the excellent caliber of researchers attracted to the University of Arizona,” said Elizabeth “Betsy” Cantwell, UA senior vice president for research and innovation, in a written statement.

“To receive this prestigious award so early in his career demonstrates Dr. Vargas’s incredible capability, and I am thrilled to see our researchers expanding our understanding of a subject as fundamental as galaxy formation and evolution.”

Vargas said he has been working on Aspera for the past three years or so, but he has been thinking about how to measure the gas around galaxies since his graduate school days.

The mission team now includes more than a dozen astronomers, engineers, professors and graduate students, most of them from the UA.

Other contributors come from Columbia University, the University of Iowa and Germany’s Ruhr University Bochum.

“We challenged the community”

The three other missions NASA selected along with Aspera include a small satellite designed to refine the study of exoplanets orbiting distant stars, another small satellite that will detect collisions between neutron stars, and a high-altitude balloon over Antarctica aimed at detecting ultra-high energy neutrinos from cataclysms billions of light-years away.

NASA considers the Pioneer program an experiment in itself. This marks the first time the agency has solicited proposals for astrophysics experiments with such a strict — and comparatively low — budget.

Any project that exceeds the cost cap will not be launched through the program.

“We don’t know if there is great astrophysics that can be done in a $20 million satellite, but we challenged the community, and they sent in a lot of innovative proposals,” said Paul Hertz, director of the agency’s astrophysics division at NASA Headquarters in Washington, in a written statement. “Now, we’re excited to see if they can deliver.”