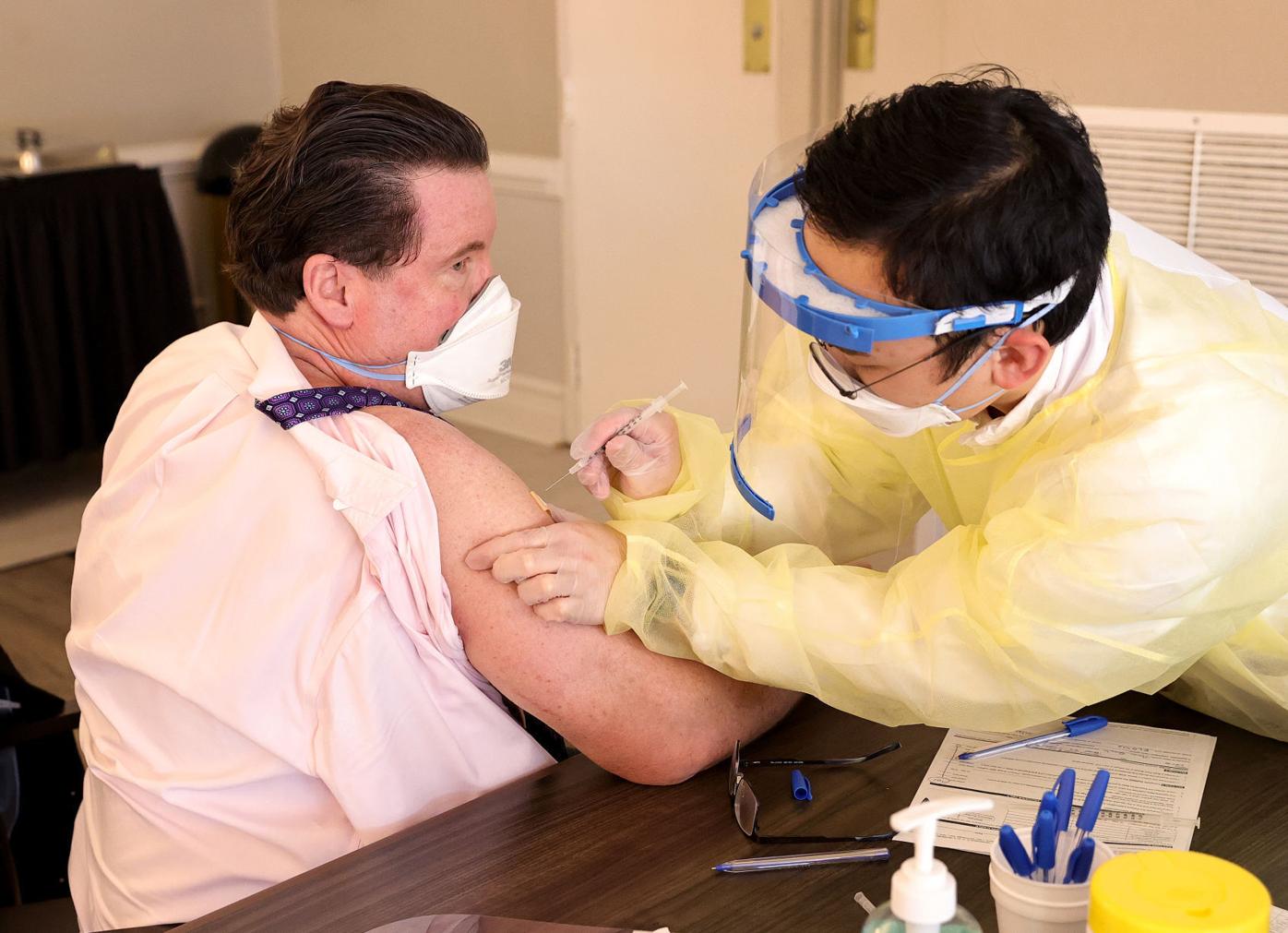 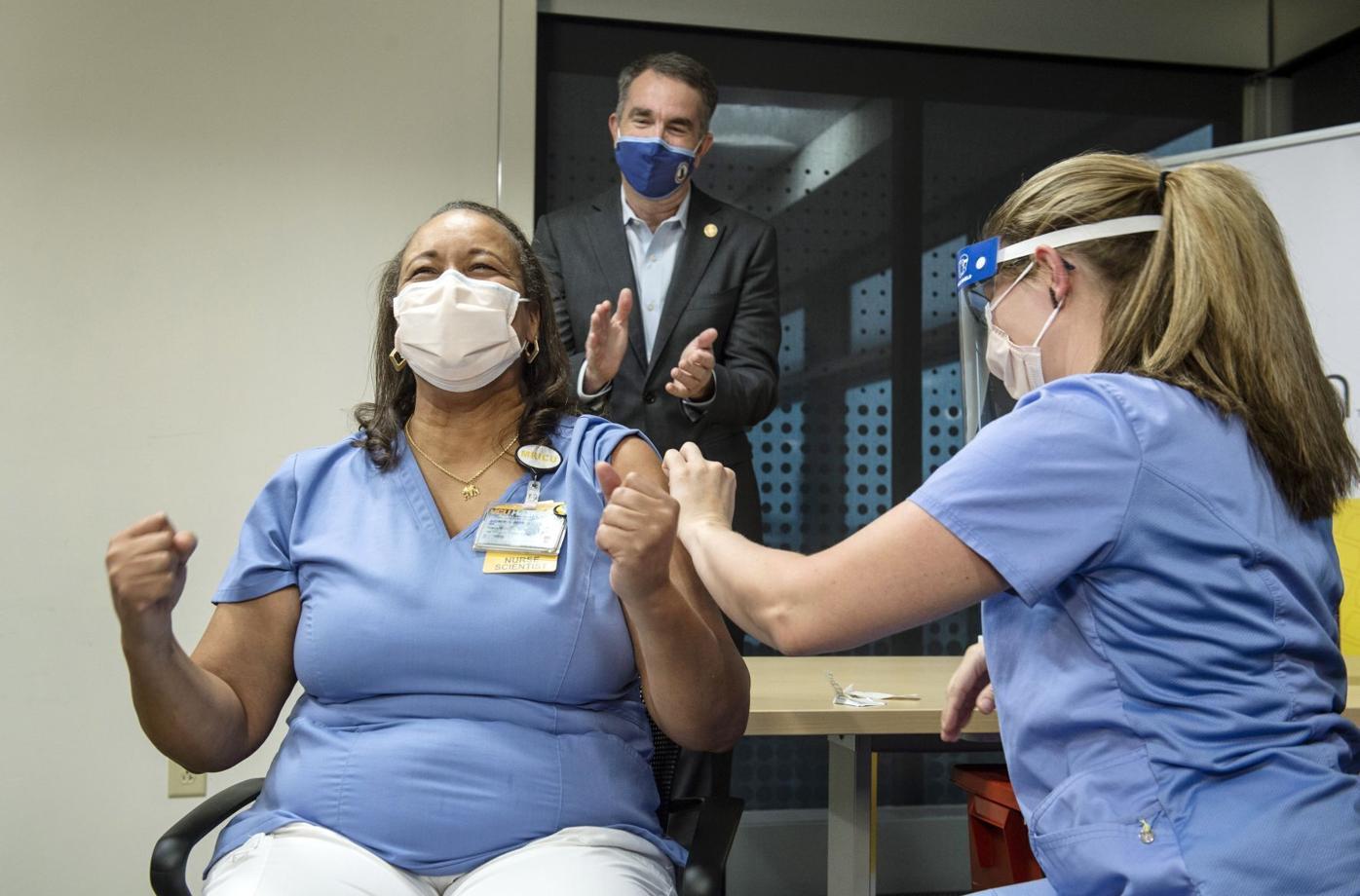 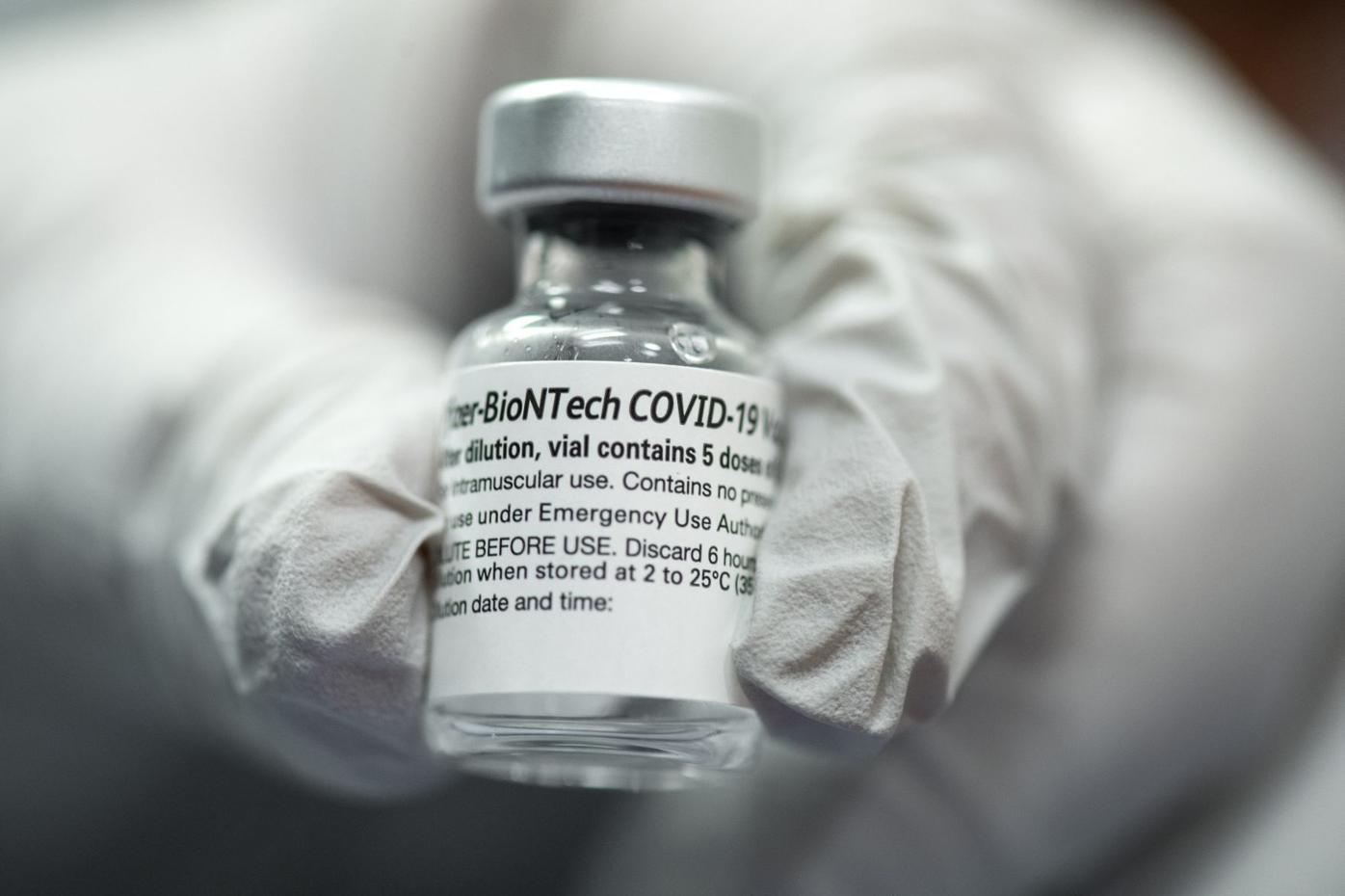 Virginia expected to receive 480,000 doses of Pfizer’s COVID-19 vaccine, but found out it will receive 110,000 fewer, causing a longer wait for many on the front lines.

Virginia expected to receive 480,000 doses of Pfizer’s COVID-19 vaccine, but found out it will receive 110,000 fewer, causing a longer wait for many on the front lines.

Vaccinations in Virginia continue to lag as the state approaches half a million doses distributed and the percentage of people testing positive climbs to nearly 16%, a first since early May.

Data from the Virginia Department of Health on Monday showed that fewer than 90,000 vaccines have been administered, which is barely 20% of the state’s current shipments. This falls below the national rate of almost 30% reported by the U.S. Centers for Disease Control and Prevention.

Virginia currently ranks 46th in the country when it comes to percentage of vaccines used among states, according to the CDC. The federal agency’s data differs slightly from the VDH dashboard and shows 468,950 distributed doses and 108,861 shots given — about 23%.

“We are three weeks into the most extensive public vaccination campaign in modern history. While we have made good progress, every state in the country is working through the type of initial logistical challenges we would expect for a project of this size,” said Alena Yarmosky, spokeswoman for Gov. Ralph Northam, in a statement.

Yarmosky added that “Virginia’s main hiccups right now are around data reporting — our health care personnel have been 100% focused on getting shots in arms, but it’s taking a moment for reporting to catch up and for different computer systems to feed seamlessly into the Commonwealth’s central immunization data portal.”

Contributing to the lag is the percentage of vaccine shipments allotted for long-term care facility residents and staff. Those vaccinations did not start until Dec. 28 because of logistical challenges, including the requirement that doses be kept in ultra-cold storage.

Yarmosky said vaccinations across Virginia are expected to ramp up in the coming week. She added that Northam will discuss additional steps during a news conference Wednesday.

The slower-than-expected vaccine rollout has left thousands of front-line health care workers and long-term care residents and staff heading into the first weeks of 2021 without a first dose and without answers as federal estimates fluctuate and there’s no definitive timeline.

State officials have said 500,000 people are eligible for the first round of vaccinations. In Richmond and the counties of Chesterfield, Hanover and Henrico, that number is estimated to be roughly 60,000. As of Monday, only 14% of the people in the local group had received their first dose, according to the VDH.

The VDH reports that more than 18,900 health care workers and 21,204 long-term care residents and staff have had COVID-19. More than 2,400 people in long-term care facilities had died as of Monday’s report.

There have been 5,132 total deaths from the virus across Virginia. A COVID-19 model from the Institute for Health Metrics and Evaluation projects the death toll could more than double by April 1.

On Monday, the state saw an increase of 12,770 COVID-19 cases from Friday. More than 5,000 of those cases were reported on Sunday.

While testing numbers continue to trend downward, the percentage of people testing positive for the virus has jumped to 15.8%, surpassing the positivity rate the state had when entering Phase One of reopening on May 15. The highest was 20.2% in April.

Richmond-area hospitals continue to exceed state and national averages for ICU capacity with an average of 86%, according to data released Monday by the Department of Health and Human Services. VCU Medical Center, Henrico Doctors’ Hospital and Chippenham Hospital are averaging about 90.6% capacity.

The Virginia Hospital and Healthcare Association dashboard shows 2,765 people are currently hospitalized with COVID-19 or have tests pending. The group also reports that one out of every three ventilators in Virginia is in use.

More than 31,500 total people have been hospitalized and discharged, the closest representation of COVID-19 recovery that exists.

According to the VDH’s COVID-19 dashboard, 18,387 people have been hospitalized statewide for the virus, an increase of 221 since Friday. This figure under-represents the total number of hospitalizations.

On Monday, Richmond and the counties of Chesterfield, Hanover and Henrico saw an increase of 1,577 COVID cases, 20 hospitalizations and eight deaths from Friday.

The Chesterfield Health District, which consists of Chesterfield, Powhatan County and Colonial Heights, has had 15,213 cases, 689 hospitalizations and 207 deaths.

This article originally ran on richmond.com.